The Center for Cultural and Pastoral Research is please to host a conversation with Prof. Carter Snead on the topic “The Problem of Persons: Public Bioethics and Contending Moral Anthropologies,” on Monday, September 15, at 7:00 p.m.

In this lecture, Prof. Snead will argue that the richest way to understand contemporary disputes in public bioethics is through the lens of moral anthropology. At bottom, such disagreements—over abortion, embryo-destructive research, assisted reproductive technologies, the definition of death, end of life decision-making, and research involving human subjects—are are conflicts regarding the nature and identity of human persons. The anthropological premises underlying the most prominent viewpoints in this domain will be illuminated and examined.

Prof. Snead, the William P. and Hazel B. White Director of the Center for Ethics and Culture and Professor of Law at the University of Notre Dame, is an internationally recognized expert in Public Bioethics—the governance of science, medicine, and biotechnology in the name of ethical goods. His research explores issues relating to neuroethics, enhancement, stem cell research, abortion, and end-of-life decision-making. Prior to joining the law faculty at Notre Dame, Professor Snead served as General Counsel to The President’s Council on Bioethics (Chaired by Dr. Leon R. Kass), where he was the primary drafter of the 2004 report, “Reproduction and Responsibility: The Regulation of New Biotechnologies.” He has testified in the U.S. House of Representatives on regulatory questions concerning RU-486 (the abortion pill). In 2014, he testified in the Texas state legislature on the constitutionality of a proposed fetal pain bill. Professor Snead led the U.S. government delegation to UNESCO and served as its chief negotiator for the Universal Declaration on Bioethics and Human Rights (adopted in October 2005). He served (with President’s Council on Bioethics Chairman, Dr. Edmund Pellegrino) as the U.S. government’s Permanent Observer to the Council of Europe’s Steering Committee on Bioethics (CDBI), where he assisted in its efforts to elaborate international instruments and standards for the ethical governance of science and medicine. In 2008, he was appointed by the Director-General of UNESCO to a four-year term on the International Bioethics Committee (IBC), a 36-member body of independent experts that advises member states on bioethics, law, and public policy. The IBC is the only bioethics commission in the world with a global mandate. Professor Snead received his J.D., magna cum laude, from Georgetown University and his B.A. from St. John’s College. 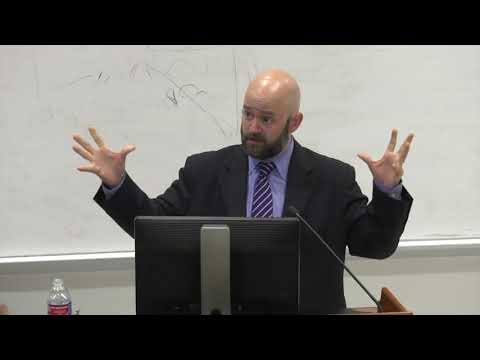