Book Discussion: The Catholicity of Reason

Book Discussion: The Catholicity of Reason

On Friday, April 8, at 4 p.m., philosopher William Desmond of the Institute of Philosophy at the Catholic University of Leuven and Fr. Anselm Ramelow, O.P., of the Dominican School of Philosophy and Theology will join Dr. D.C. Schindler to discuss and debate his recent book, The Catholicity of Reason.

Video footage from this event can be found below. The Catholicity of Reason explains the “grandeur of reason,” the recollection of which Benedict XVI has presented as one of the primary tasks in Christian engagement with the contemporary world.

While postmodern thinkers–religious and secular alike–have generally sought to respond to the hubris of Western thought by humbling our presumptuous claims to knowledge, D. C. Schindler shows in this book that only a robust confidence in reason can allow us to remain genuinely open both to God and to the deep mystery of things. Drawing from both contemporary and classical theologians and philosophers, Schindler explores the basic philosophical questions concerning truth, knowledge, and being–and proposes a new model for thinking about the relationship between faith and reason.

The reflections brought together in this book bring forth a dramatic conception of human knowing that both strengthens our trust in reason and opens our mind in faith.

Francesca Murphy
— University of Notre Dame
“Ressourcement and modern Augustinian philosophical theology have been called on their apparent ‘fideism’: Schindler’s response is a resounding philosophical ‘Come at me, bro!’ The Catholicity of Reason is the most stimulating text in philosophy of religion to appear for many years. . . . It’s the ‘must read’ book of the year.”

Montague Brown
— St. Anselm College
“D. C. Schindler celebrates and brilliantly defends the life that is reason, a life threatened by reason’s claim to be autonomous and equally by reason’s claim to be limited. . . . Against the reduction of reason to its discursive operations characteristic of the Enlightenment, Schindler insists on the infinitely rich activity of reason in pursuit of the trinity of the irreducibly distinct but always interrelated objects of reason — truth, goodness, and beauty. . . . The only thing more important than the catholicity of reason by which it strives to encompass all truth, goodness, and beauty is the Catholicity of reason — the great gift of divine revelation, which never restricts reason nor distorts human nature but, on the contrary, makes reason ever more reasonable and the human person ever more human.”

Oliva Blanchette
— Boston College
“Schindler goes a long way toward restoring the metaphysical scope of reason. . . . Much of the discussion in this exploration of the catholicity of both reason and being takes place at the hinge where philosophy and theology join hands. . . . Anyone interested in all such questions of catholicity and analogy both in reason and in being will find much to take into consideration here.”

Living Church
“One of the most comprehensive, intelligent, disciplined, and compelling discussions of the relation between faith and reason that we have had in a long while. . . . This may be the best book yet from this young and very prolific Catholic philosopher.”

The book is available for purchase from Eerdmans. 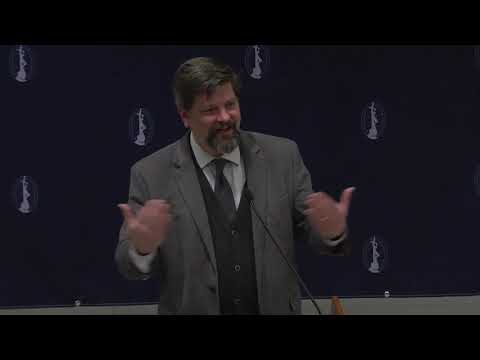